I got up early and enjoyed a lovely early moon and planet session.  The moon and Jupiter were very close forming a glorious sight.  There is a slight loss of quality as I, ahem, didn’t bother putting on the dew shield and didn’t realise the Mak plate was frosting over until I packed up at 0700ish under a blue sunrise.  The frozen grass and frosty cars parked in the lane should have given me a hint!

Posidonius: a stunningly detailed crater with a curious double rim on the eastern side. Wood notes that Posidonius formed after Mare Serenitatis subsided causing magma to rise up through the crater floor, forming its thin rilles and flooding the floor with lava leaving a very low western rim. 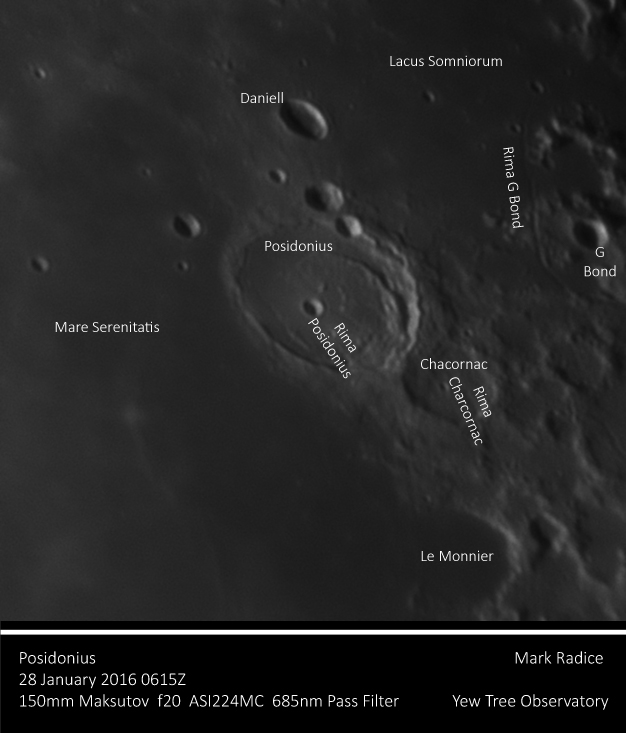 The Theophillus, Cyrillus and Catharina crater chain: a trio of similarly sized (100km) craters each with a different story.  By inspection, Theophillus is relatively young with terraced walls, surrounding impact splash/melt and prominent central peaks.  Cyrillus by contrast is relatively subdued. Although its central peaks are visible they struggle for attention.  The oldest, Catharina, has been eroded by a number of subsequent impacts and has no central peak and soft internal walls.  Nearby is the 4000m high Mons Penck which may, tenuously, form part of a long-eroded Mare Nectaris impact ring.  There is also a noticeable if shallow shelf between Theophillus and Beaumont that looks like a muted Rupes Recta. 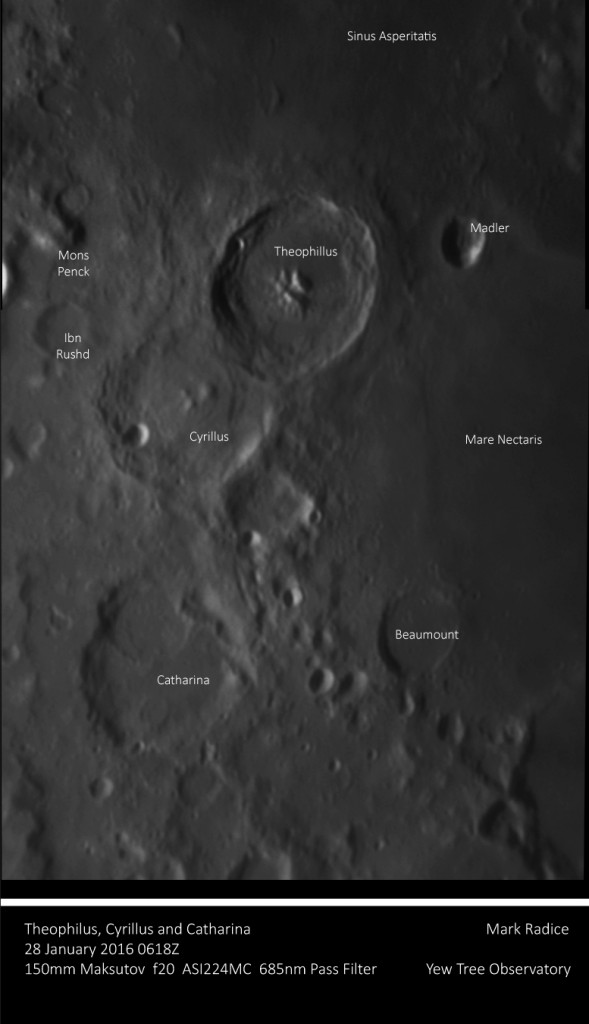 On the planetary front, I think I have cracked my recent poor form on Mars. I tried using the 685nm pass filter rather than the wider UV/IR cut filter. As you can see, this produced a dramatic improvement. This is, by inspection, because the seeing is better in the red part of the spectrum and narrowing the spectral band has reduced the atmospheric chromatic aberration. Whatever the reason, it clearly works. Utopia, Syrtis Major and Hellas are clearly visible along with a tenuous north polar cap. Of course, I may just have been lucky with the seeing and focus. 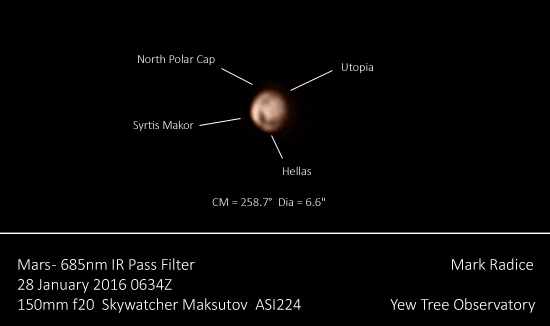 I think I caught the dull side of Jupiter. No dramatic storms or satellite phenomena. I tried both the UV/IR pass and 685nm cut filter both of which worked to good effect – obviously Jupiter being much higher than Mars. 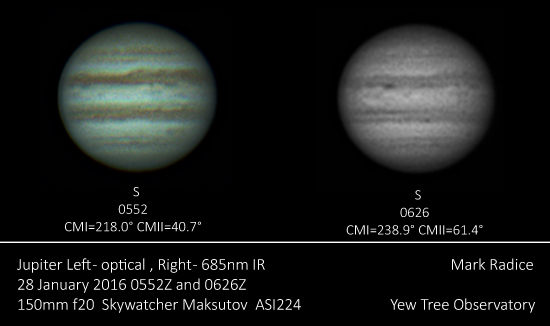 As dawn approached I noticed another bright star near Antares – Saturn! Not the best picture but not bad for imaging with a frosted corrector plate and through a tree! 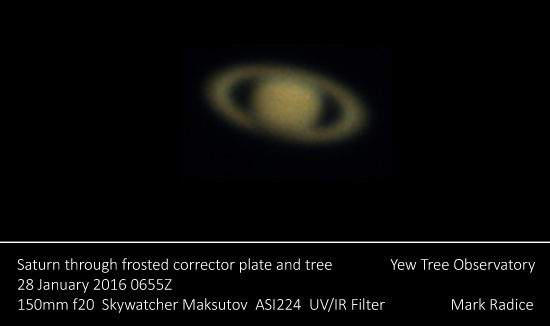 Not a bad way to start the day!