Wednesday was a lovely cold, clear day so, after work, I put the telescope tube in the car so that it would cool to ambient temperature.   After a refreshing snooze and dinner, I set up under a waxing moon. The frost was starting to fall and in the distance the local fox was competing with the rumble from the M1.

The moon, as always, is a stunning sight. I followed my usual routine of starting at the top looking for interesting sights. First up the northern polar region. I couldn’t help but notice how much of the polar region was visible under this libration. I took a video for analysis later that, using Rukl and NASA’s map[1], shows the north pole just off the crater Peary. This is an interesting region that I should explore more often. 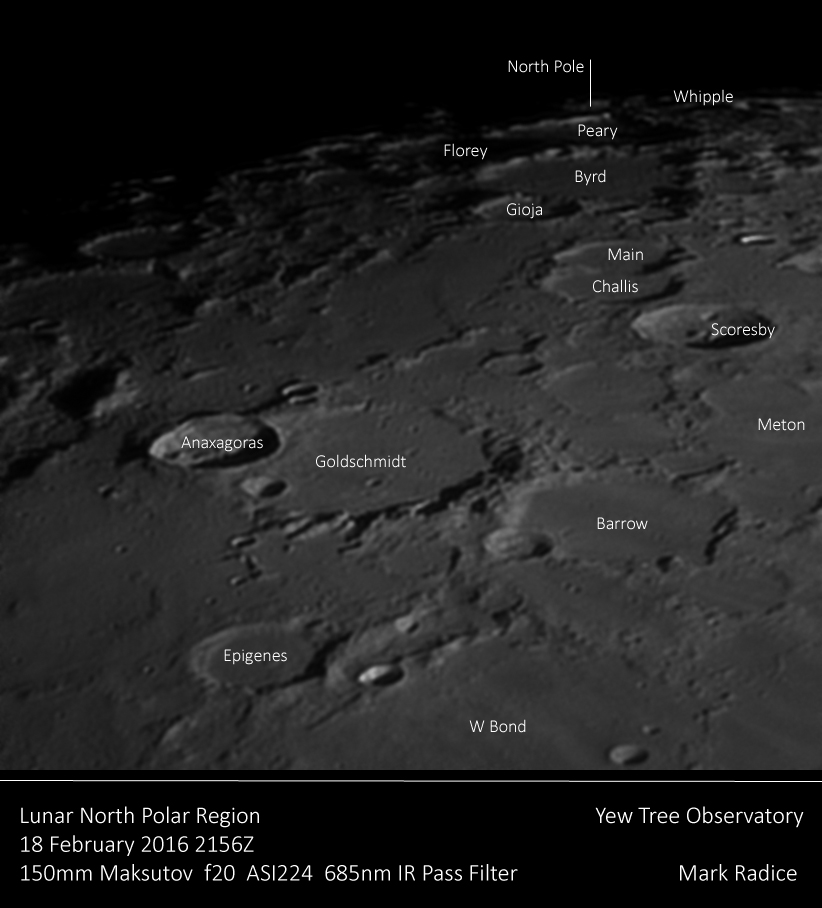 Further south, Copernicus looked very dramatic but I was looking for the very subtle: the lunar volcanoes (or domes) around Hortensius and Milichius. These shallow features are very hard to see unless the lighting is just right. Milichius Pi is quite clear but the 5 to the north of Hortensius are only just detectable so one to return later. 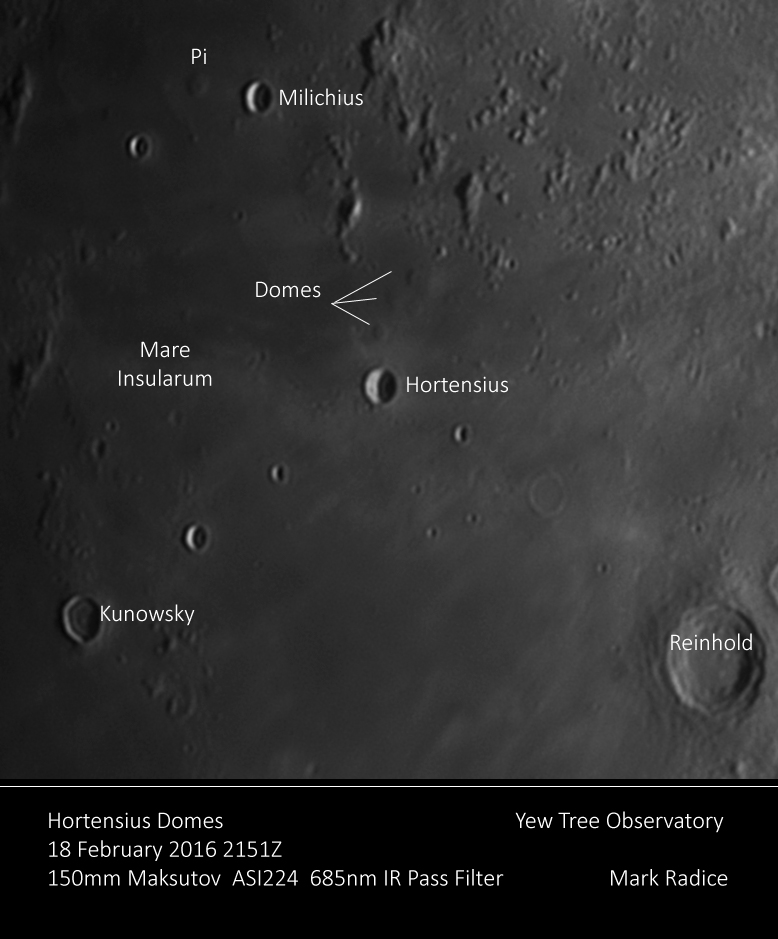 The area around Palus Epidemiarum (to south of Mare Nubium) is also an area that I have only a handful of observations. As the picture below shows, it is covered by fault lines from the lava flooding in an earlier age. Note also the striking crater-group Hainzel , made from 3 principal craters and several smaller ones. It was clearly a popular target for asteroid impacts in a bygone age. 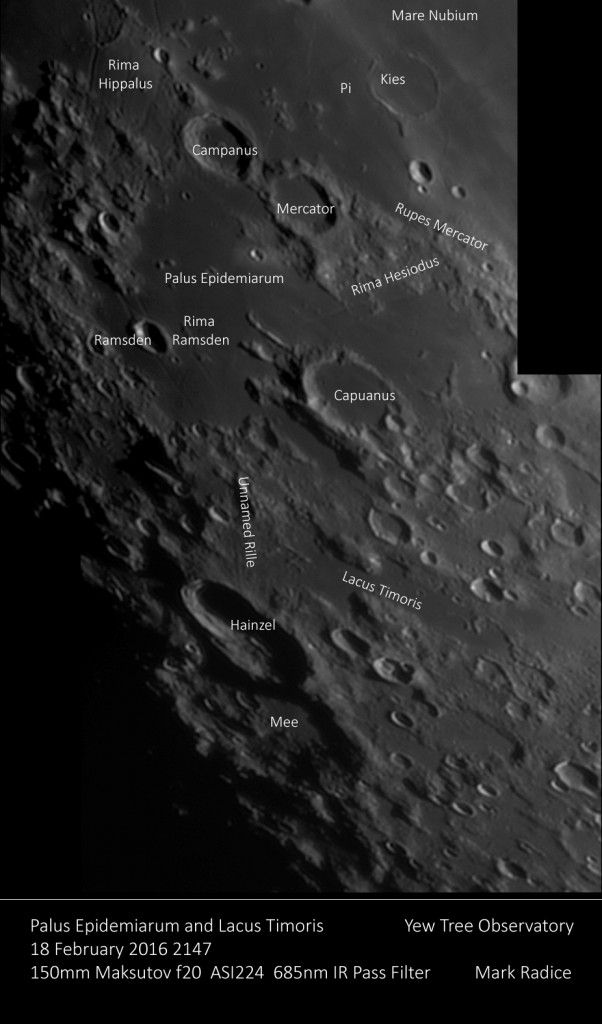 Although I was pleased with these pictures, I had a number of frustrations. The ASI driver for some reason failed so I had to take the laptop back inside and reinstall the software. Then Autostakkert refused to stack several video files including one around Copernicus and a second around Moretus. I have no idea why it liked stacking these images yet rejected others. Oh well, not a total loss but I hate it when I spend time troubleshooting rather than observing.

I popped back inside at 10-ish for a second snooze while I waited for Jupiter to clear the rooftops. As you can see, I got some good pictures of the Great Red Spot transiting. It seems an age since I have caught some of the moons and their shadows. It seems that the interesting phenomena is on a cloudy night. The clear nights are reserved for when the moons are some distance away from Jupiter.

I packed up at 0130 and was up at 0700 for work. Ah the joys of a late night before a day in the office! Despite being tired the next morning, I still had a buzz from a productive night at the telescope. I am now checking the weather forecast for the next clear night.