After a fantastic Sunday, the skies remained clear with a 4 day moon shining brightly as the sky began turning from blue into black. The libration really brought the north eastern corner into view, an area that I have yet to truly explore.

I was struck by how much Mare Humboldtianum was visible. This infrequently seen structure was crying out for a capture. I made a composite of 2 frames stretching from friends Atlas & Hercules, Endymion to Mare Humboldt. It is interesting to note the relative structures of each crater. 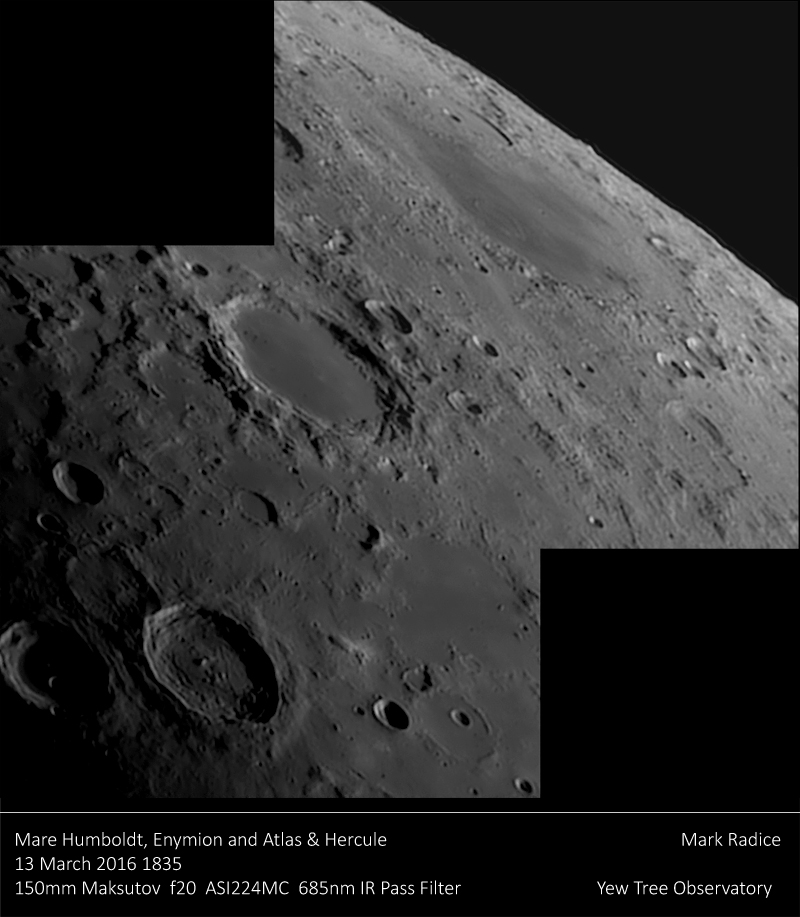 Note also the mountain silhouetted against the skyline – you wouldn’t want to be in a low lunar orbit around there!

Further south is Mare Marginis, another infrequently seen region. I have had this on my wish list for a while as the northern corner of Mare Marginis is covered with unusual dusting of bright, magnetic material known as the Mare Marginis Swirls. Apparently, no one knows what these bright deposits are! Who says the moon is boring!  Note the image is rotated. 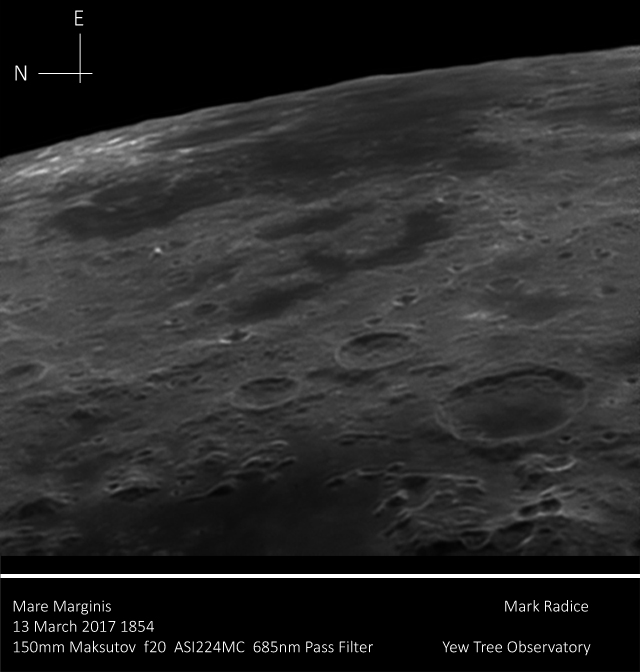 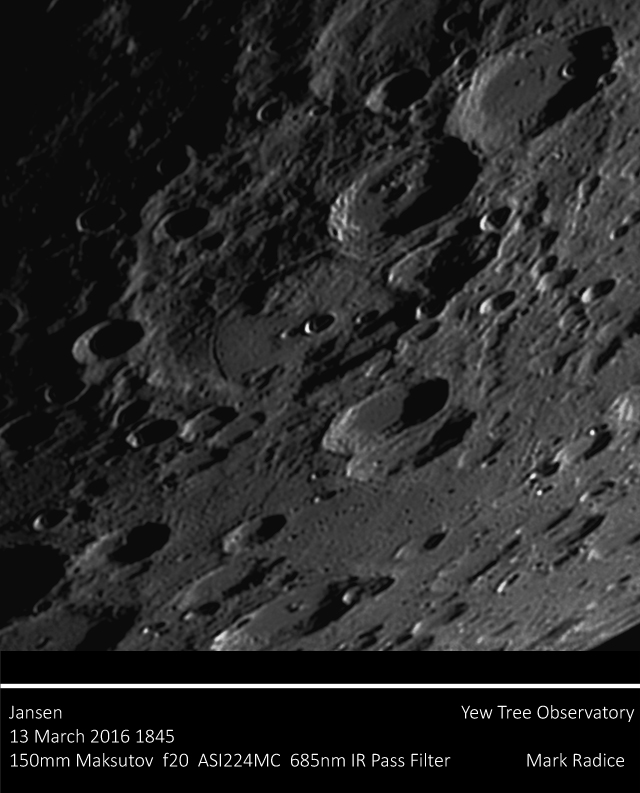