I spent over an hour observing Jupiter on Thursday night.  I took a 2 minute video every 5 minutes from 2051 to 2156 before derotating the frames in WinJupos to make an image, well 2 images.  The early frames included Io before it disappeared behind the Jovian limb so I also just stacked the pictures with Io and then stacked all the frames to make the second image.  Having been baffled by WinJupos in the past, I spent sometime watching tutorial videos on youtube.  Once I had learned what to do it wasn’t too bad.  Sure it’s extra effort but by combining the frames in WinJupos, the results are far better.

It was then off to bed with an alarm set for 0430 to catch Mars and Saturn in the morning sky.  It was great being up early observing the planets while the birds were singing a multitude of songs and the horizon was glowing a predawn orange.  However, I could not work out why my camera settings were all out from the last time I had observed these two planets.  I had to repeatedly turn up the gain and exposure rates to get anything meaningful.  I then realised it: cloud!  That’s why the eastern horizon looked so spectacular, the forecast clear skies were turning into glorious sheets of red and orange that slowly blotted the stars out.  I did what I could and put the pictures below together – just raw videos this time rather than using WinJupos. Mars is clearly growing in size ready for opposition in May and Saturn is still as spectacular, if somewhat bland, as ever!

As before, these are in IR 685nm pass band hence in B&W.  Both planets are so low in the sky from the UK that shooting in colour results in a smeared blend of atmospheric dispersion so I don’t even try.  I am looking forward to my holiday in Cyprus in May when they will both be much higher and hopefully less disrupted by the atmosphere so hopefully I can catch some colour from the jewel of the Med. 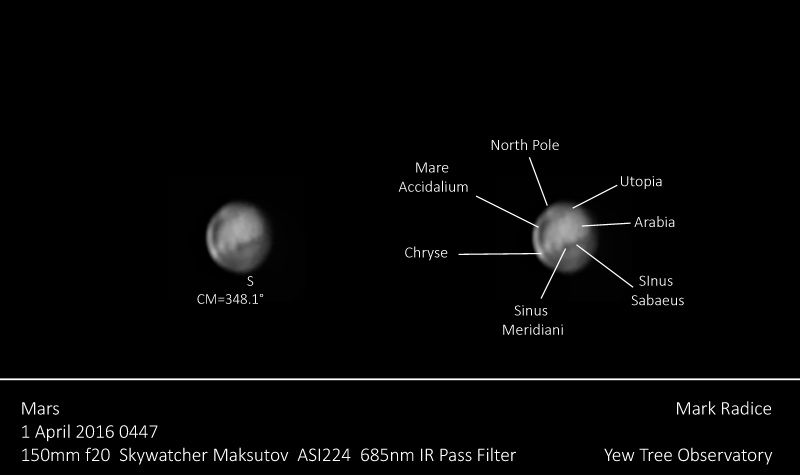 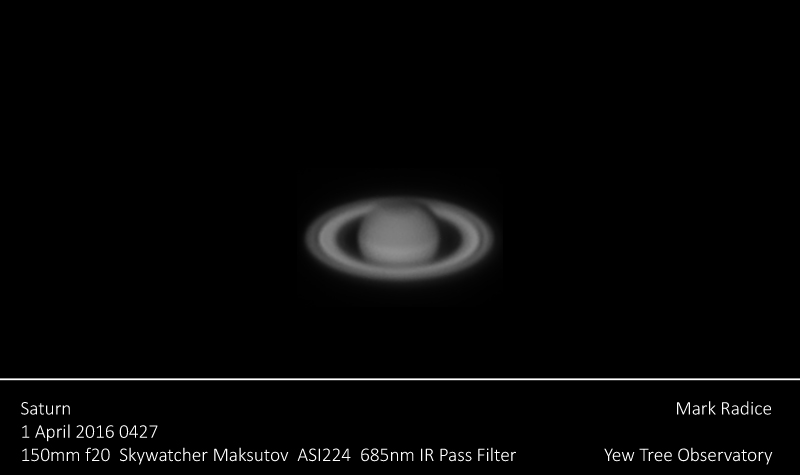