I have felt rubbish for the past few days. Nothing serious just a general lack of energy and generally feeling under the weather. Luckily I have only missed one clear night but after a sunny afternoon, I checked the forecast to find the sky was predicted to be clear until midnight. I really didn’t have the energy to observe outside but, after I got back from work, I fell asleep on the sofa before getting a bite to eat. The rest seemed to do me good so I decided to go outside. There was a 10 day moon shining high in the south and bright Jupiter approach the meridian. The seeing was pretty good so settled on stunning Clavius. Following the advice in Damian Peach’s planetary imaging DVD, I set the gain to a low level and I think improved the image quality somewhat. I could, of course, just have been lucky with the focus and seeing which is often the real driver behind high resolution imaging.

While waiting for the video of Clavius to complete, I had a quick look at the Gas Giants app to see if anything was happening on Jupiter. It showed that Callisto was already in transit with its shadow just about to start ingress any minute. I quickly swung the telescope from the moon to Jupiter. Getting the planet centred on the camera chip is so much easier with a flip mirror. I couldn’t imagine imaging without it. It is orders of magnitude easier to get a planet on the tiny camera sensor by using the eyepiece and flip mirror than by swapping the eyepiece and camera back and forth.

Anyway, with Jupiter nicely focussed I took a picture every 10 minutes to show the movement of Callisto and its shadow over the Jovian clouds. Both were noticeably higher in latitude than the Europa and Io transit earlier in the month due to its more distant orbit. 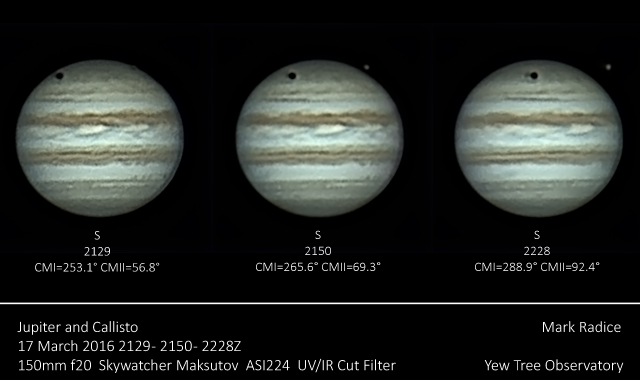 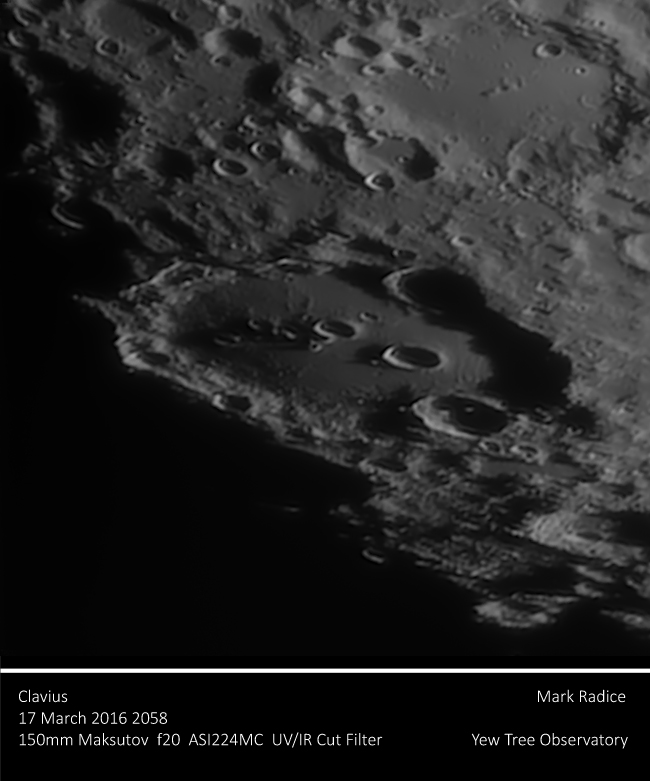